What Is Power Yoga?

I’ve been one of the voices behind the bulldog blog for a few years now, and I’m always learning about the world of yoga and wellness.

When I joined the bulldog team, I was pretty much a total yoga newbie, but since then, I’ve absorbed a lot of info.

Because my yoga education has been a sort of organic process, I realize occasionally that I don’t necessarily know the “official” definitions for some pretty basic terms. Recently, for example, I found myself wondering:

“What is power yoga?”

As an official writer for a yoga brand, rest assured that I am not proud to admit this. But remember — there’s no such thing as a stupid question!

It turns out that power yoga is more or less the official name for the kind of cardio-driven, butt-busting, core-strengthening yoga we practice in our bulldog studios and online classes.

It’s the kind of yoga that makes for the best full body workout. 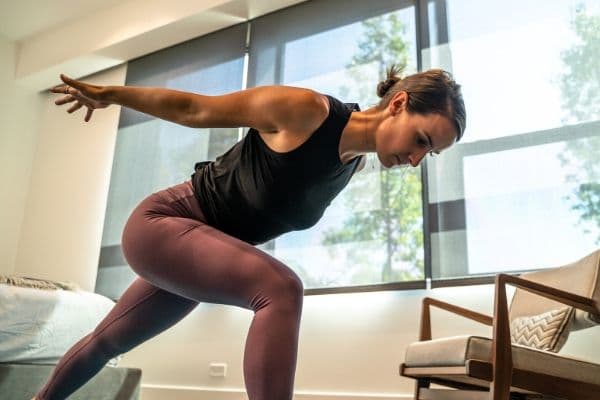 According to Yoga Journal:

Power Yoga was originally developed and founded by Beryl Bender Birch, but the term has expanded to describe a wide range of more vigorous yoga practices.

For comparison’s sake, the alternative to power yoga is vinyasa yoga.

To sum it up, Power Yoga is a much better full body workout. 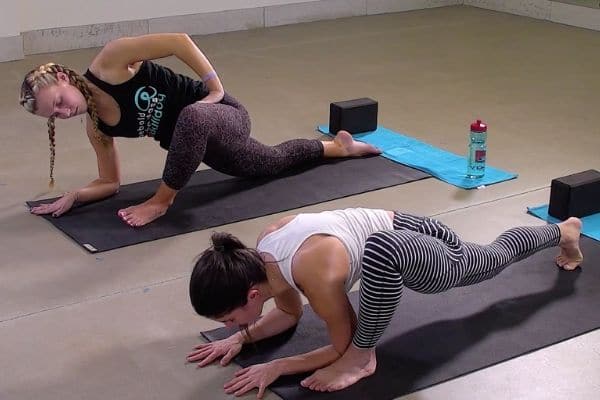 “Power yoga incorporates the athleticism of Ashtanga, including lots of vinyasas (series of poses done in sequence) but gives each teacher the flexibility to teach any poses in any order, making every class different,”

She goes on to say that:

“With its emphasis on strength and flexibility, power yoga brought yoga into the gyms of America as people began to see yoga as a way to work out.”

Uhhhhh…. yeah. If I’ve learned anything in my time as a bulldogger, it’s that doing regular yoga is about as intense a full-body workout plan as it gets.

What I think is especially interesting about power yoga…

Is that it’s all about giving class leaders the opportunity to do yoga their way.

They can work out their own flows, speed things up for a tougher cardio session, and add in extra elements like resistance bands or ab sequences to shake the experience up for guests. They can also set their classes to playlists of their fave songs, which is one of the things I love best about the bulldog experience.

Power yoga is all about doing yoga your way, which is totally in line with the bulldog spirit. I love that! 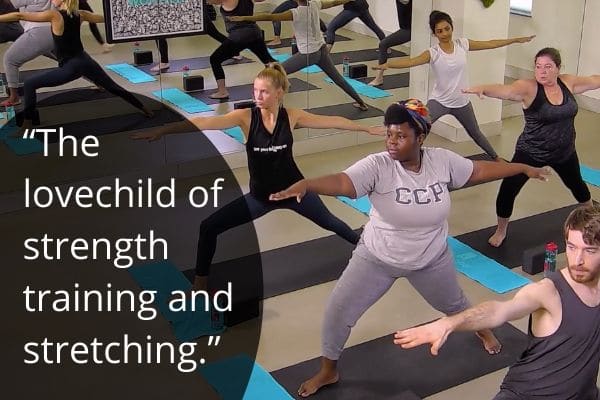 Since power yoga is higher-speed and higher-intensity than so-called “regular yoga,” it can work up more of a sweat, burn more calories, and help you build strength. This makes it an awesome full body workout!

“The lovechild of strength training and stretching.”

She also notes that it offers the opportunity to incorporate elements of strength training into a yoga routine, which so many people crave for its moments of lengthening and mindfulness.

Bulldog classes, for example, often include essential strength training exercises like planks, squats, and bridges — and those resistance bands build strength even more!

Then, there are the cardio benefits of power yoga.

Yoga styles that are “continuous, rhythmic, aerobic activities that use large muscle groups” — like power yoga — fit many expert descriptions of cardio exercise and can, therefore, support healthy hearts for yogis. 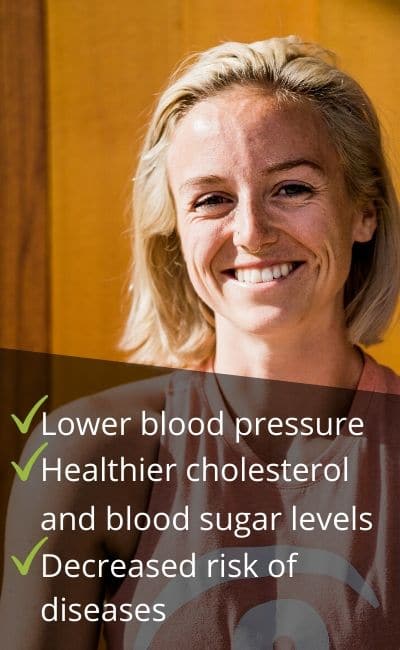 My Top 5 Benefits of Why You Should Try Power Yoga

In addition to being a great full body workout, power yoga also has some of its own benefits for mental health. Here are a few of those special benefits, according to Yoga Teacher Training…

While power yoga practices may have less of a focus on meditation and mindfulness per se, they can help you reduce your stress and tension in their own way.

Because power yoga is physically more hardcore, it shares many advantages with other intense, stress-reducing,  full body workouts, including running or spinning. The sweat you’ll get from a solid power yoga session will tire you out and ease your everyday worries.

2)  It releases energy and tension

The increased speed and intensity of power yoga means that a power yoga workout can release the energy that naturally builds up in your body and mind from day to day.

Successfully keeping up with a power yoga flow (and not falling flat on your face mid-class, which is a thing I have done on many occasions) requires you to stay focused on each pose as it comes up.

If you’re thinking about that road trip you still have to pack for or the babysitter you still need to call for the weekend, you’re probably going to get distracted and lose some of that balance and steadiness! Just because power yoga is a little more fun and upbeat than its slower counterparts doesn’t mean that it needs any less of your focus.

Practicing that level of focus while in yoga class can help you learn to be more present and aware of tasks and experiences in other aspects of your life.

4)  It helps develop balance — in all kinds of ways

Holding your body in yoga poses for any period of time forces you to develop a better sense of physical balance, but per Yoga Teacher Training, the balance you learn in power yoga can also expand to your mind.

This balance makes it easier to stay in control in the middle of stressful situations. We all could use a little more of that, amirite?

I’m not seeing this anywhere on the Yoga Teacher Training site, but I also can’t help but think that doing power yoga is an awesome way to practice a little more self-love and boost your self-confidence.

High-energy, full body workouts have a way of making me feel stronger, more powerful, and — as a result – better about myself. My experience with power yoga lines up with that!

What are you waiting for? 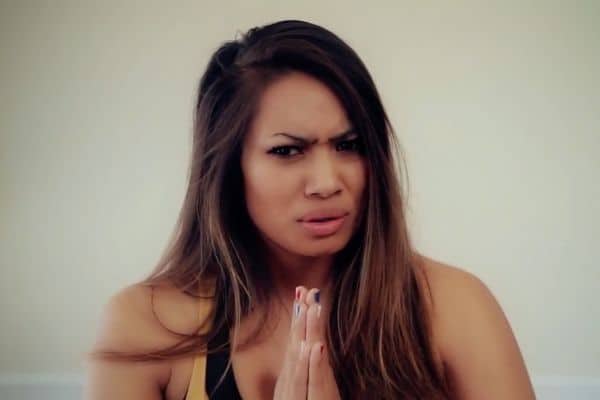 Now that we’ve figured out the answer to my question about “What is power yoga?” – I’m excited to get started and you should be too!

We’ve learned the benefits and how it’s different from the more traditional slow flow yoga.

Also learned that, whether or not I knew the actual definition of power yoga or not, that high-energy online yoga classes are the way to go when exploring what is power yoga!

Just Use the App 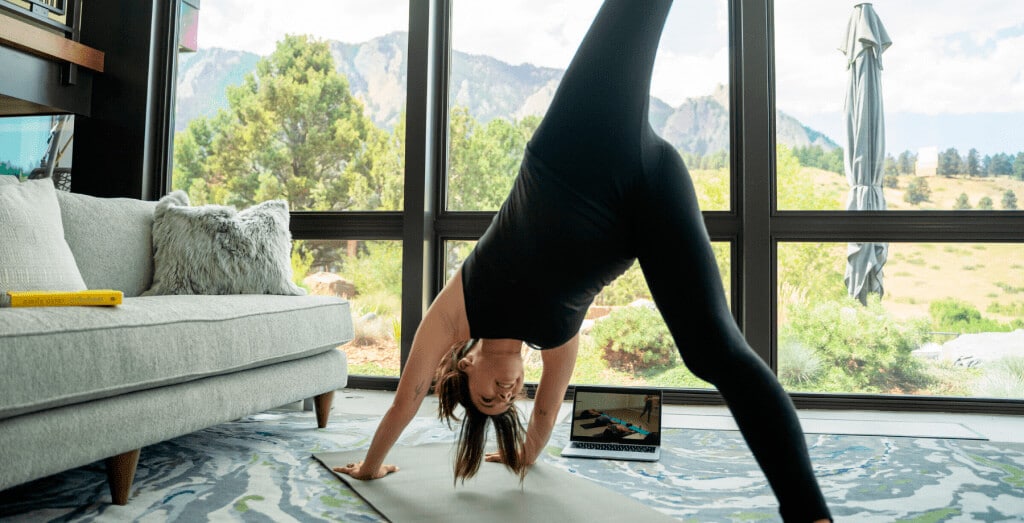 What Is Prenatal Yoga?

6 Arm Workouts for Women To Increase Strength and Muscle Tone 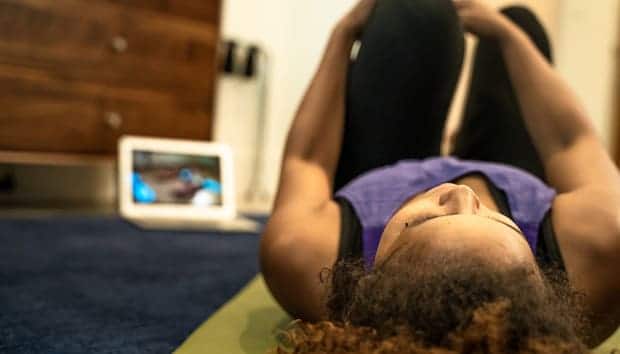 The New Full Body Workout At Home To Try

About the Author Alli Hoff Kosik